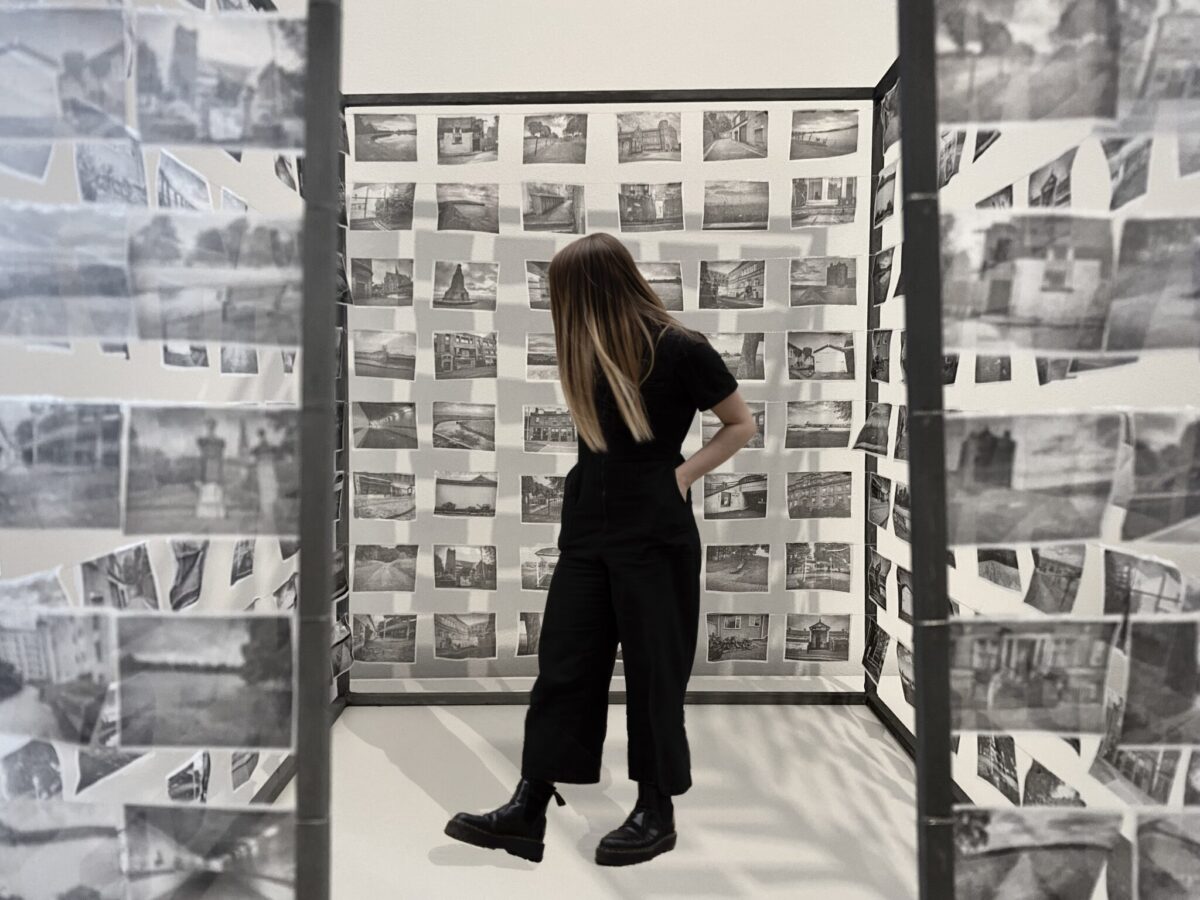 Dana was named the overall winner in the Visual Arts category for her work titled Hope is a Form of Planning, a series of works encouraging interaction with sharing, documenting and addressing gendered experiences.

The 24-year-old’s winning submission included artwork she prepared for her 2022 Duncan of Jordanstone College of Art & Design Degree Show.

The artworks are an extension of a website Dana launched last year that invited women to anonymously submit places where they experienced some form of gender-based violence, creating a living archive of individual experiences.

“I was really surprised to learn that I had been named a Global Winner,” said Dana. “It’s a good reminder of all the work I put into my honors project.

“The UN declares that gender-based violence (GBV) is “the most widespread, devastating and persistent human rights violation in our world today” and it is commonly accepted that the most effective forms of GBV prevention are societal education and awareness raising.

“Considering how we can nurture compassion through art, my work intertwines the personal and the impersonal, calling for a better and more informed society beyond inequality and patriarchal power.

“The recognition of this work as important in its field encourages me to continue to use the various mediums and platforms of the arts to reveal current inequalities and fight for social and political change.”

“We look forward to seeing how Dana’s professional journey unfolds as she realizes her ambitions to create art that can inspire compassion, document the forgotten, and have far-reaching social impact.”

Each year, thousands of students from around the world submit their undergraduate projects to the Global Undergraduate Awards and the submissions are reviewed by hundreds of judges.

Three other Dundee representatives have been honored this year.