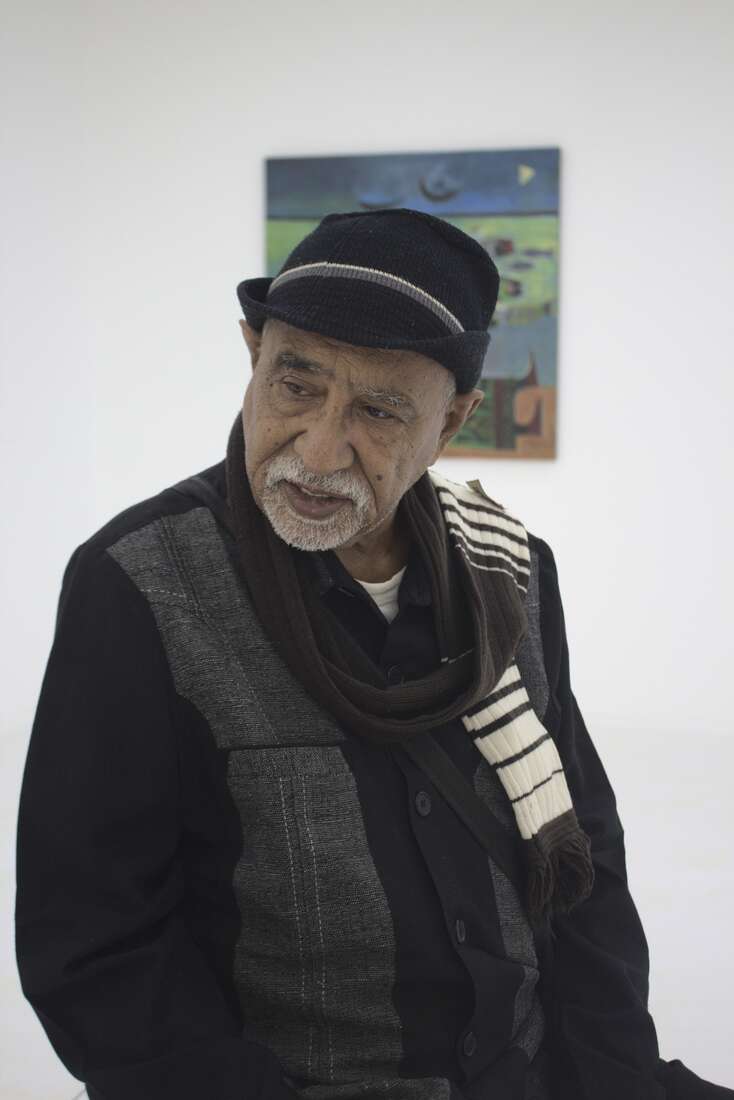 Otaybi makes his Nairobi debut at the Circle Art Gallery

Nairobi is blessed with an abundance of brilliant Sudanese artists, most of whom graduated from excellent art colleges and universities in Khartoum. All of them have their own approach to fine art, except that they can invariably be said to have received additional special inspiration from Sudan.

Whether it’s teaching, tradition, weather, or the convergence of the blue and white Nile where they all went to school, they are all striking with their unique approach to their topics. This includes everyone from El Tayeb Dawelbait and Salah El Mur to Abushariaa Ahmed and Rashid Diab to name a few.

Mohamed Adella Otaybi is no exception, except that he arrived in Kenya only recently. He has never found the time to come here before, although he has been featured in previous Circle Art exhibitions as one of the most talented Sudanese artists. He has now come especially to attend the opening of his first solo exhibition in Nairobi at the Circle Art Gallery.

Entitled “The Lost Paradise”, the artist cites the British poet John Milton who wrote Paradise Lost as the inspiration for its title. “It’s a story about the fall of Adam and Eve from heaven to hell,” Otaybi tells the Comics Life minutes before guests and potential customers start pouring in for the opening.

When asked how this story relates to him and his exhibit, he explains how his wife tragically died eight years ago and he went through hell without her. “She continues to be my source of inspiration and this exhibition is dedicated to her,” he says.

This might explain why we can see so many women on this show. Yet he insists that the exhibition is not just about her. However, her largest and most illustrative painting, titled “Paradise Lost”, provides insight into how she fueled her imagination even in her absence.

There is a musician playing a beautiful guitar-like instrument, a long-nosed muse right next to the guitarist and above them is a woman atop a bright yellow wall that could easily represent her woman, or at least her silent presence in his life.

Since there appear to be two mirrors in this painting, and not just one, he explains that when we look in a mirror, we often see someone who doesn’t look like who we imagine ourselves to be.

Yet much of Otaybi’s art has an almost childlike sense of whimsy and playfulness. It is seen in works like ‘Playing Cat’, ‘Homeless Cat’ and ‘Aggressive Birds’. Animals often feature in his works, such as in ‘The Horse’, ‘Bull and Dove’, ‘Two Fishes’ and one of my favorite pieces, ‘She and the Sea’ where a woman relaxes on the shore while above her a family of fish are swimming.

The other reason his art has a childlike quality is that his paintings tend to be flat in the sense of lacking a three-dimensional perspective. In ‘Elle et la mer’ for example, the fish are literally above the woman, piled up so to speak. Still, it leaves it up to your imagination to see where they are and even see the skyline in the distance.