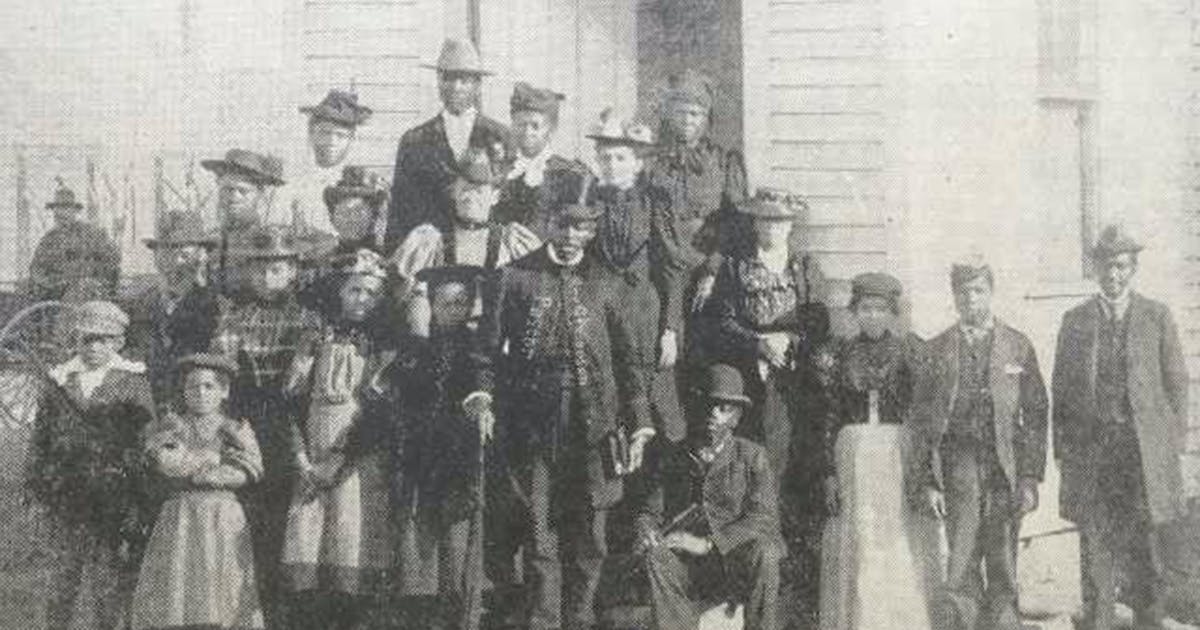 A Hastings nonprofit organization dedicated to recognizing the town’s early African-American population is working to install new artwork to commemorate a black church that stood for 15 years before being burnt down by an arsonist in 1907.

Since its beginnings in 2018, Building Remembrance for Reconciliation has hosted events educating residents and others about the city’s first black residents, who arrived around 1850.

“We believe that telling the truth about the past affects the future and the present. We won’t be able to properly address today’s issues if we don’t know where we came from,” said Andy Bindman , Vice-Chairman of the Group’s Board of Directors.

Members of the group have even tracked down several descendants of early black families who once lived in Hastings – and these descendants helped form the nonprofit.

The 14-member group will host a charette — a day-long event where a team of designers or other stakeholders brainstorm and collaborate to solve a problem — on September 23 involving five teams of artists from the Twin Cities. Artists will be paid to imagine what form the work might take.

“I just want to show that African Americans are resilient and have survived whatever has been thrown at them and can not only survive but thrive,” said James Anderson Curry, filmmaker and instructor at the University of Augsburg, descending by Phoebe Ella and James. Dabney Curry, first black residents of Hastings.

The city supports the effort. City Council in mid-August approved a permanent location for the artwork, a 37-by-20-foot space in Levee Park, and awarded the group a $10,000 Community Investment Fund grant. to help determine what the room should be.

Fire but no investigation

In 1892, the city’s black residents founded their own church, called Brown’s Chapel African Methodist Episcopal (AME) Church of Hastings. The Currys, along with another family, the Wallaces, held leadership positions there.

In 1907, just after the 15th anniversary of the church, someone cut the screen, poured kerosene on the floor and the pews and set them on fire.

Heidi Langenfeld, a local historian and member of Building Remembrance for Reconciliation, said two newspapers called the fire an arson attack. The community had no money to rebuild and the crime was not investigated.

Within two years, the uninsured building was sold for $300, she said.

Although the black community numbered about 40 people in 1870, the population began to dwindle in the decades after the arson, Langenfeld said. After young people graduated from high school, Hastings offered few job opportunities — and some black residents felt they weren’t wanted there, she said.

Curry said his family was unaware of any church burning until they began researching it in recent years. He began learning all he could about the black community in Hastings from old newspapers and matching it with family stories.

Through a newspaper article, he learned the story of James and Ella Curry, two of his ancestors who were baptized at a church in Hastings in the 1880s. The youngest child of a local white judge shouted a racial epithet to the children as they walked down the aisle to be baptized.

How to better remember

Curry said he knew what he would like to see for the art project. He would like the piece to “have that fire” while celebrating the strength of black families in Hastings.

He envisions “something like a phoenix rising from the ashes,” he said, perhaps in the form of a wall or an engraved story rising from the earth. There could be a pit where people could throw kindling to create a real fire or water pouring over the black stone, depending on the season.

He thinks the artwork will be a big step for Hastings. It also represents a small step forward that many communities could take, he said.

“I think this, when accomplished, is a testament to the efforts of small steps, grassroots, incremental change and dialogue,” Curry said.

According to a recent census estimate, Hastings is 93.6% white residents and approximately 1% black residents.

City administrator Dan Wietecha said while the population of black, indigenous and people of color in Hastings is now in the single digits, the city is becoming more diverse.

He hopes the city will provide additional funding for the project, he said, and thinks an ongoing dialogue about the city’s past is valuable.

“If we strive to be a welcoming community, we need to recognize where we have failed,” he said.

The Visual of Digital Art animated by The Lot Downtown