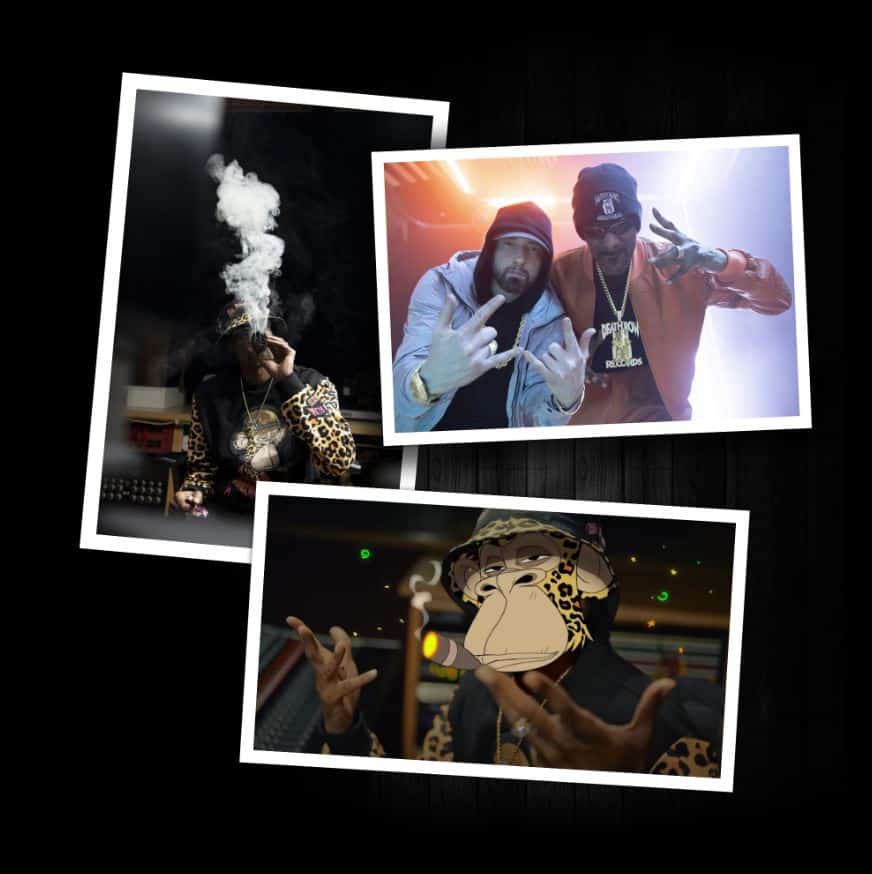 One of the trendiest and highest-profile parties in the industry, the MTV Video Music Awards (VMAs) are known for their memorable moments. This year’s event, which took place on Sunday, August 28, was no different. Hip-hop icons Eminem and Snoop Dogg took to the stage as NFT Ape avatars from the Bored Ape Yacht Club (BAYC) collection.

It’s no surprise that these performers each have their own Bored Apes, being avid NFT enthusiasts. Built on the Ethereum blockchain, Bored Apes are the most famous and coveted NFTs. A Bored Ape was only $200 each in April 2021. Today, the cheapest is priced around $150,000.

Eminem and Snoop turned into virtual avatars for the event with a little help from Otherside. This is the next metaverse game developed by Yuga Labs, which allows BAYC holders to play as Ape avatars. Yuga Labs is the parent company and creator of BAYC. On Sunday, the game engine served as the digital stage where the duo performed their VMA-nominated track, “From the D 2 the LBC.”

The song was released at the end of June and accompanied by a video that caused a buzz. The single’s cover art and video portray Eminem and Snoop as their BAYC avatars. The video switches between Bored Ape’s performance and live footage of the rappers.

Eminem’s Bored Ape avatar sports a gray military-style cap paired with a gold chain and jacket. Snoop’s signature avatar is a cheetah-print monkey dressed in pink fur with a screaming eagle helmet. The look is accessorized with a cigar.

Unsurprisingly, NFT memorabilia from this groundbreaking performance are being sold by the rappers. Items include bobbleheads, prints, skateboard decks, and concept art for a proposed comic with the working title Dynamic return of Eminem and Snoop Dogg. By selling this merchandise under the Ape Editions name, Eminem and Snoop are capitalizing on the intellectual property rights that are one of the many benefits of owning a Bored Ape.

Artwork to display in the garden

Where do physical and digital art intersect? The founders of Stretch Gallery know a…