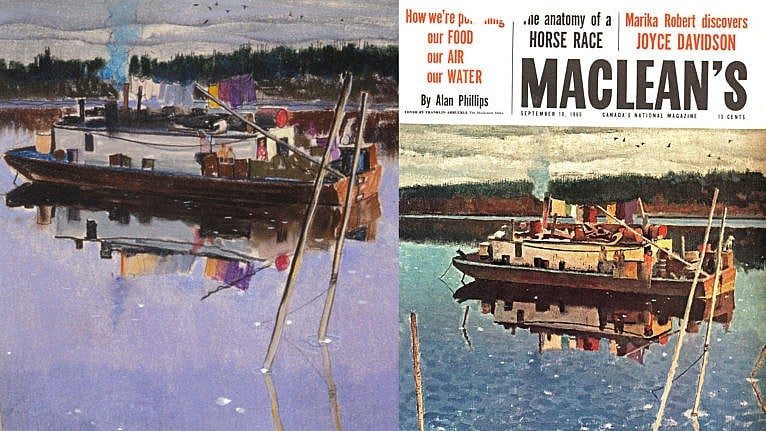 Canadian artwork, family ties and national identity are at the heart of the Ottawa Art Gallery’s new exhibition

For years, the professional bond between Franz Johnston, founding member of the Group of Seven; his daughter, the painter Frances-Anne Johnston; and her husband, painter and illustrator (and Maclean’s cover designer) Franklin Arbuckle, became unknown. Today, a new exhibition at the Ottawa Art Gallery (OAG) brings together their work for the first time. And there’s an entire gallery wall dedicated to Arbuckle’s most iconic Maclean’s blankets.

A family palette opens at the OAG on September 10 and its goals are ambitious. Not only does it operate as a feminist recovery project, spotlighting the poorly documented career of Frances-Anne, whose creative identity has often been overshadowed by that of her husband and father, but it also seeks to redefine the history of art in Canada. New to the conversation, which has long been dominated by themes of sprawling Canadian landscapes, is illustration-specific narrative, advanced in large part by the cover Franklin Arbuckle did for Maclean’s within two decades.

Before opening, we sat down with OAG curator Rebecca Basciano to talk about the birth of the exhibit, the research process, and the important role Arbuckle played Maclean’s times have helped shape Canada’s national identity. This interview has been edited and condensed for length and clarity.

Give us a little history. How did it all start?

In 2015, Brenda Firestone, the daughter of Ottawa art collectors OJ and Isobel Firestone, shared with me some works that her parents had always kept separate from their larger collection. They were from Frances-Anne, whom I didn’t know very well at the time. After some research, I realized his connection to Franz Johnston and Franklin Arbuckle and thought to myself, Oh wow. Three artists from the same family doing completely different things. Very cool. That’s how it all started, and I’ve been studying them ever since.

When did you discover the Maclean’s link?

During the research process, one of our assistants, Meghan Ho, was going through the Maclean’s archive online and found a blanket Arbuckle made from September 1960 of a boat in the water. She recognized it because we have the original in our collection, which until then had been misattributed. We didn’t know much about it, but when she linked the sketch and the final cover, we got all this information about the job that we never had before. And it just kept skyrocketing from there.

Franklin Arbuckle’s sketch of the Mackenzie Delta became what would become the cover image of the September 1960 edition of Maclean’s magazine.

Franklin Arbuckle began taking orders for Maclean’s at a pivotal time in Canadian history. Tell us about that.

Franklin Arbuckle did his first cover for the magazine in 1944. It was after World War II, and Canada was really trying to build this idea of ​​nationalism to separate from the United States. Under the direction of the magazine’s editors at the time, Arbuckle was tasked with showing Canadians what that national identity looked like through its covers. He has done an incredible job in this regard. He settled across the country and covered iconic landscapes, people and places.

He even did the interior design of a Canadian Pacific Railway car, which is really neat because that’s how you got to all those places across the country that he describes in his covers. 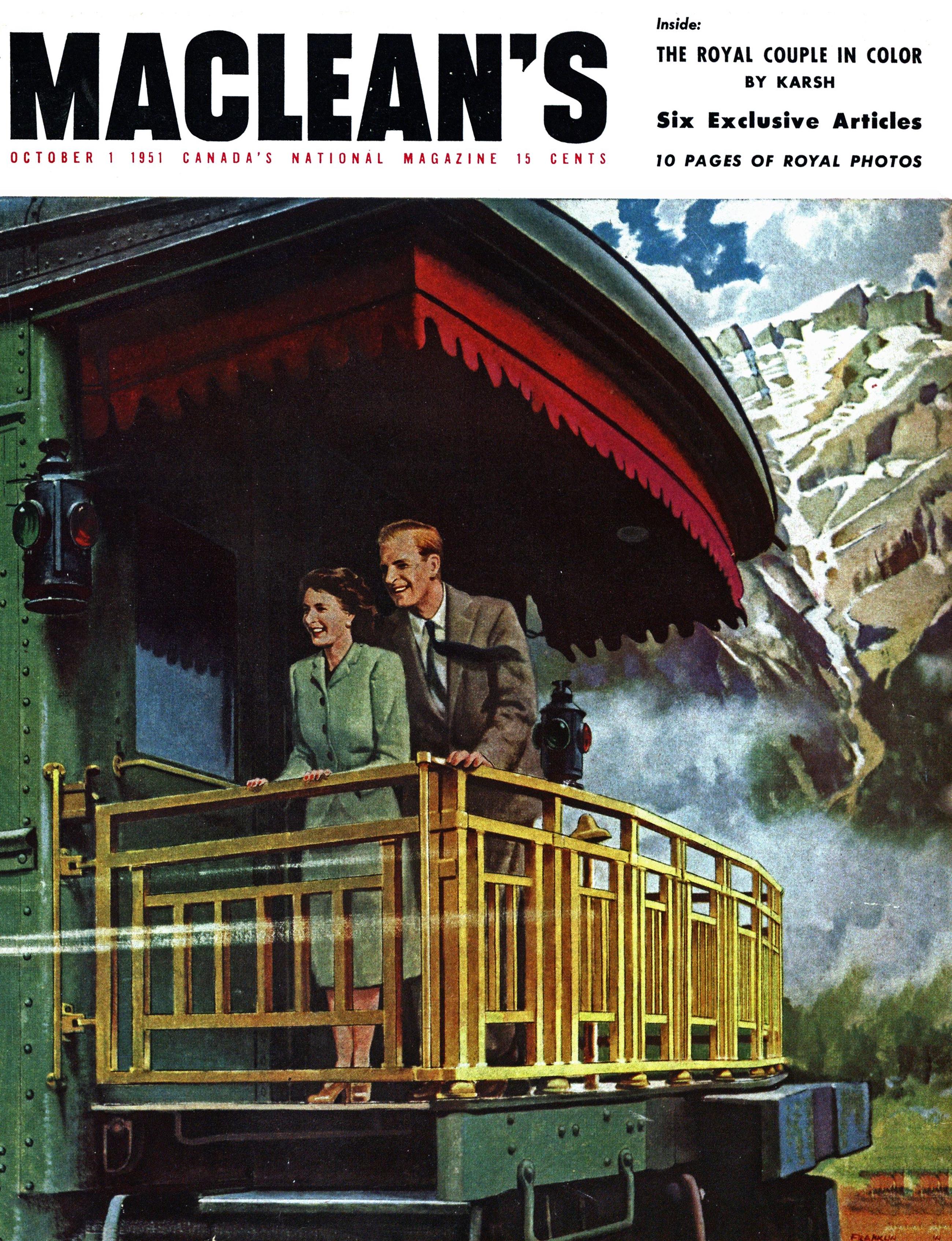 Franklin Arbuckle has done over 100 covers for the magazine. How did you decide which one would be presented in the exhibition?

It was hard. I just tried to find a variety, frankly. I also tried to add some Ottawa content because I was thinking about the audience and what they would like. Apart from that, I really wanted to show his talent. In one cover, you can see people in a children’s hospital; another, which features their family cat Charcoal, is more abstract. And then there are also landscapes. 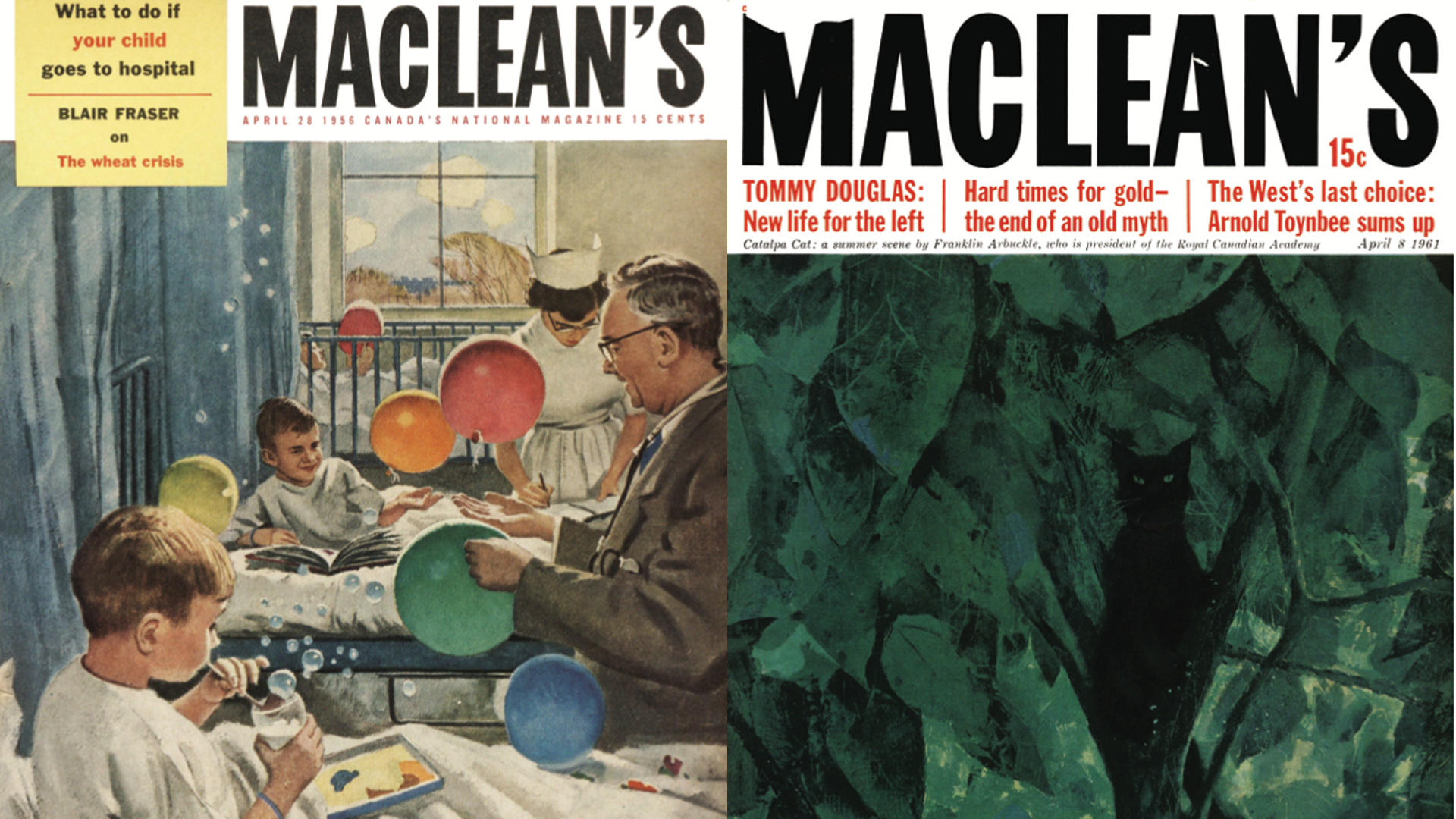 Tell us a bit more about how the theme of family plays out in the exhibit.

Arbuckle used his family as a model for many of his works. For example, his daughter Robin, whom I interviewed and spoke to, was the subject of a few of his covers. In one, of which we have the sketch, she is reading a book. We actually have the book she’s reading. Robin said he was still in the family library! It will be exhibited with the sketch and the final design. In another cover, she is older and reading a magazine. So, in some ways, her covers show that her family has evolved over the years.

And in fact, her other daughter, Candace, remembers her mother, Frances-Anne, having to receive messengers from Maclean’s eagerly waiting to rush to the printer with the very painting Franklin was still finishing upstairs. I thought it was a very good memory. 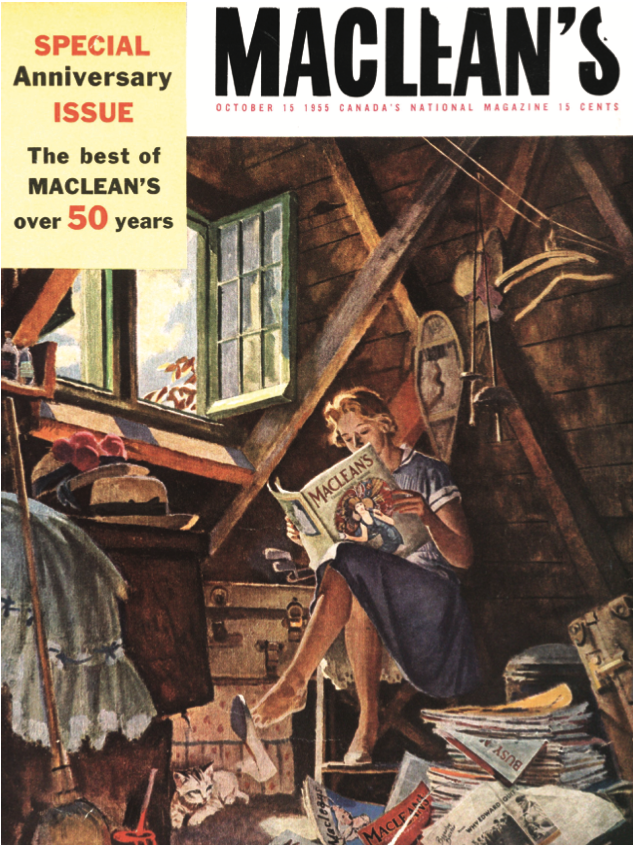 The mural project brings works of art to Albany Ave. of Hartford.