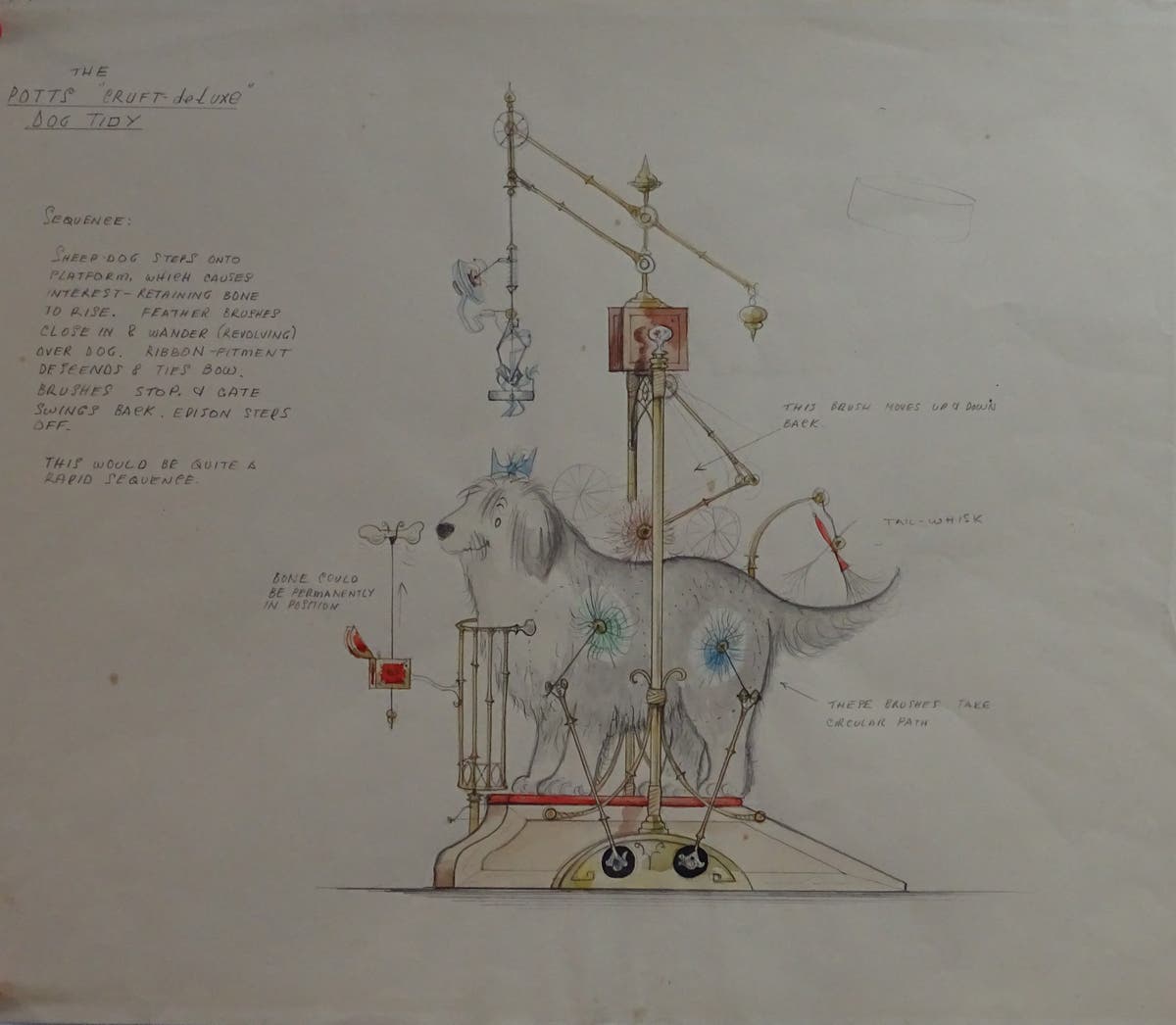 An original artwork of one of the fanciful inventions from the 1968 film Chitty Chitty Bang Bang has sold for £3,500 at auction.

The illustration by the late artist Rowland Emett depicts a dog grooming invention, titled The Potts Cruft-de-Luxe Dog Tidy, which featured in the beloved film.

Annotations by Emett explaining how each part of the invention works also accompany the ink and pencil work, which exceeded its presale estimate of £2,500-3,000.

It was part of a collection of items from the film that went up for sale at a Saturday sale organized by Excalibur Auctions.

An unpublished print by Emett of Grandfather Potts’ hut from the original film sketch sold for £175 against an estimate of £60-80.

While a rare children’s pedal car based on the famous flying vehicle and made by the Pines factory sold at auction for £1,625 against an estimate of £1,000-1,500.

A life-size wood, glass and metal model of the levitating cabin, which serves as the backdrop for Grandpa Potts’ Song Posh, was one of the auction’s highest-value items with an estimate of £3,500 to £4,500 – but it went unsold.

A number of other collectibles were sold, including an original black and white image from the 1968 film signed by its main stars Dick Van Dyke, Sally Ann Howes, Heather Ripley and Adrian Hall.

Jonathan Torode of Excalibur Auctions said: “We are delighted to have been able to offer such a special private collection of items from a direct source from the iconic film Chitty Chitty Bang Bang.

“The owner of the collection amassed it over many years, purely out of a passion for the film and his involvement in it.

“Today’s top lots were in high demand, which is proof of the film’s enduring popularity.”

900 kg of grain used for tricolor artwork in Mangaluru