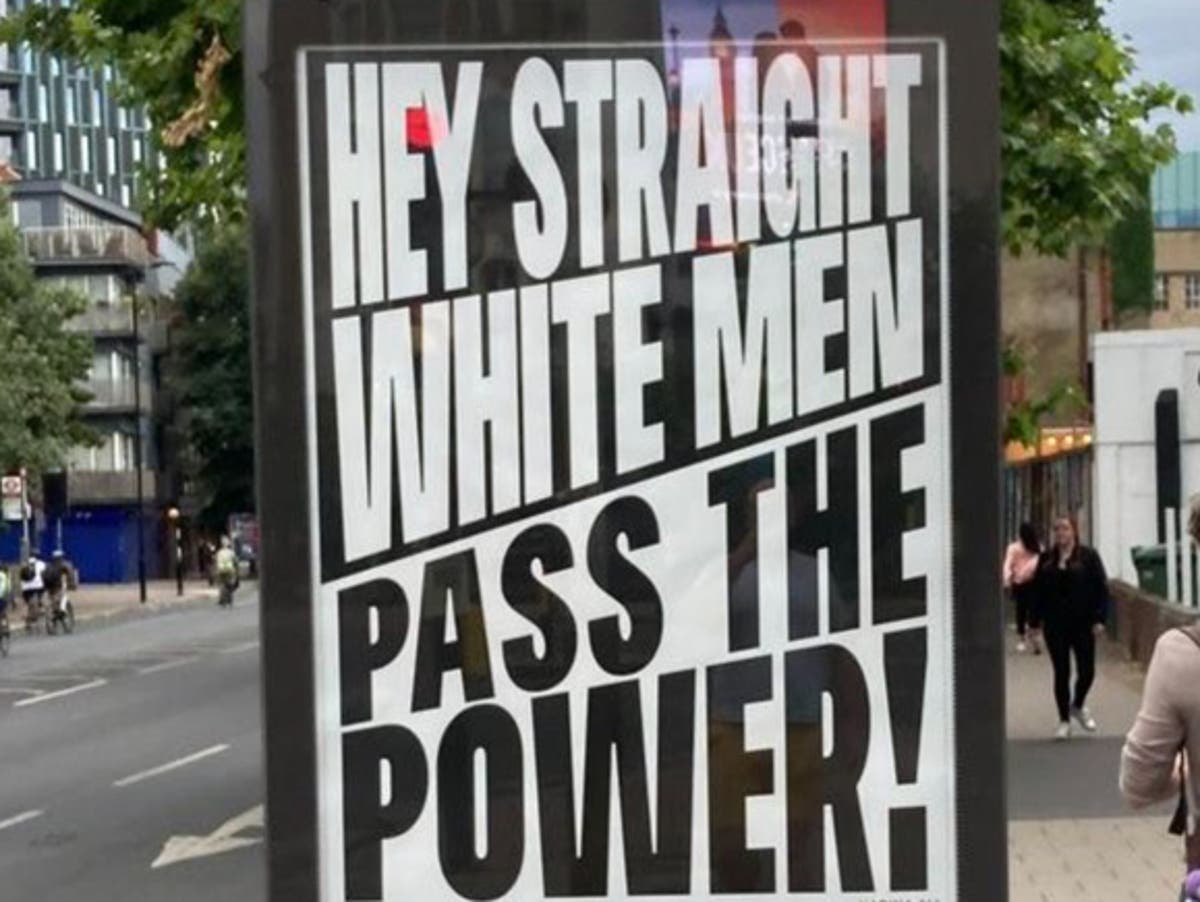 Organizers of a massive outdoor art exhibition have reacted after a Tory MP condemned one of its installations.

Neil O’Brien, MP for Harborough, Oadby and Wigston, had criticized the artwork, which targets “straight white men”, on social media.

The piece, designed by Nadina Ali, is displayed on an advertising poster, and carries the instruction: “Hey straight white men, pass the power!

It is one of 10 works inspired in response to the words ‘Straight White Male’, exhibited by arts organization Artichoke as part of the UK’s ‘largest ever outdoor art exhibition’. The project – known as The Gallery – features pieces in various cities and towns across the country.

Writing on Twitter, O’Brien complained: ‘This was funded by @artichoketrust which is funded by Arts Council England, so taxpayer funded.

“Speaking as someone who recently backed a talented black woman to become prime minister… > I’m sick of paying taxes for this divisive racist shit.”

In a statement provided to The IndependentArtichoke CEO and Artistic Director Helen Marriage said, “The 10 works of art featured in this inaugural edition of The gallery raise critical and pressing questions about the society we live in, and I would like to thank MP Neil O’Brien and others for starting the very conversations this project sought to generate.

“We asked artists from around the world to respond to the ‘Straight White Male’ theme. Selected works are nuanced and thoughtful, covering everything from male identity and power to menstruation and male propagation. We are delighted to see these conversations starting: they are essential.

“We’re not asking that the public necessarily agree with the statements of any of the artworks, just to think about and debate the ideas,” she added.

The statement also notes that support from the Arts Council provides approximately 10 percent of the organization’s annual revenue and “is used to support our overhead costs.”

“By working with the outdoor advertising industry, displaying these images on advertising sites across the UK, The gallery removes the traditional barriers that prevent the public from discovering and seeing great art, something that is central to our mission and those of our funders,” she continued.

“Nadina Ali’s work, the piece in question, directly asks those in power to simply share it. It is ironic that someone in a position of power would question this claim.