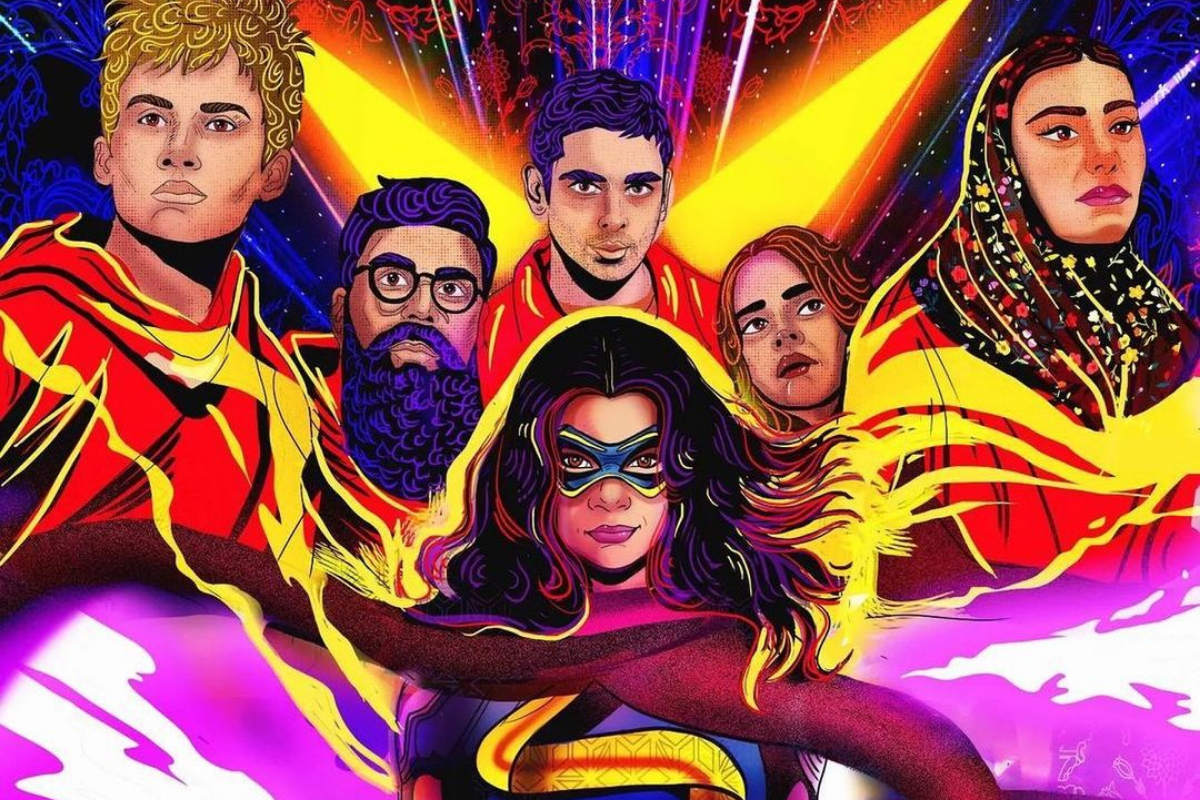 Based on Marvel Comics, Ms. Marvel was the first Pakistani Muslim superhero show. There were only six episodes, but the story and the characters made a big impression on the viewers.

Relive Marvel Studios #MsMarvel with this exclusive art of @AmaraSikander and find out what inspired her in the epic finale. ⚡️
–
“I can see Kamala’s strong family values ​​in which she cannot hide anything from her family and friends, which shows her pure love towards…” (1/2) pic.twitter.com/TK6mYBXjCm

Sikander, who is 34, was so happy her art was chosen for the show’s final episode that she took to Instagram to thank the people who made it.

She wrote: “It’s a dream come true to be commissioned by @marvelstudios x @disney to create artwork for @msmarvelofficial. Absolutely a pleasure to be part of this amazing opportunity to work on Episode 6 .

“I can see Kamala’s strong family values ​​in which she cannot hide anything from her family and friends which shows her pure love towards them all. I can understand this very well because I have a very strong bond with my father and I know that he trusts me blindly. In this episode, Kamala’s belt given by her mother is a veil of trust. I also love the impact of crystallization.

“We @_productofculture_ are thrilled to be working with @disneyplus and @marvelstudios to spotlight incredible South Asian artists and share their creative take on the cultural layers of the universe and Ms. Marvel’s identity as an American. South Asian.”

“@msmarvelofficial presents groundbreaking scenes with an authentic portrayal of South Asian and Muslim culture. We are thrilled to celebrate Kamala Khan’s legacy and identity as a young Pakistani Muslim as she embarks on a journey to prove that it is, in fact, the brunette girls of Jersey City who are saving the world.

About Amara Sikander I @amarasikander

“Amara is a visual artist, illustrator and graphic designer who lives and works in Lahore, Pakistan. She graduated from Punjab University in Communication Design in 2012 and completed her Masters in 2015. She has worked in advertising agencies such as JWT, BBDO and now OGILVY. She is currently working as Senior Art Director at Ogilvy Pakistan. Amara’s work focuses on people and their actions, with a penchant for human observation, telling visual stories through everyday scenes with vibrant characters. Her work is characterized by flowing forms, block tones and pastel shades and visual surrealism. Her subjects feel candid and representative, focusing on forms of femininity and identity with a lighthearted nature.

The release date for The Marvels, the next major and…

The dining room which is actually an art gallery hits LES