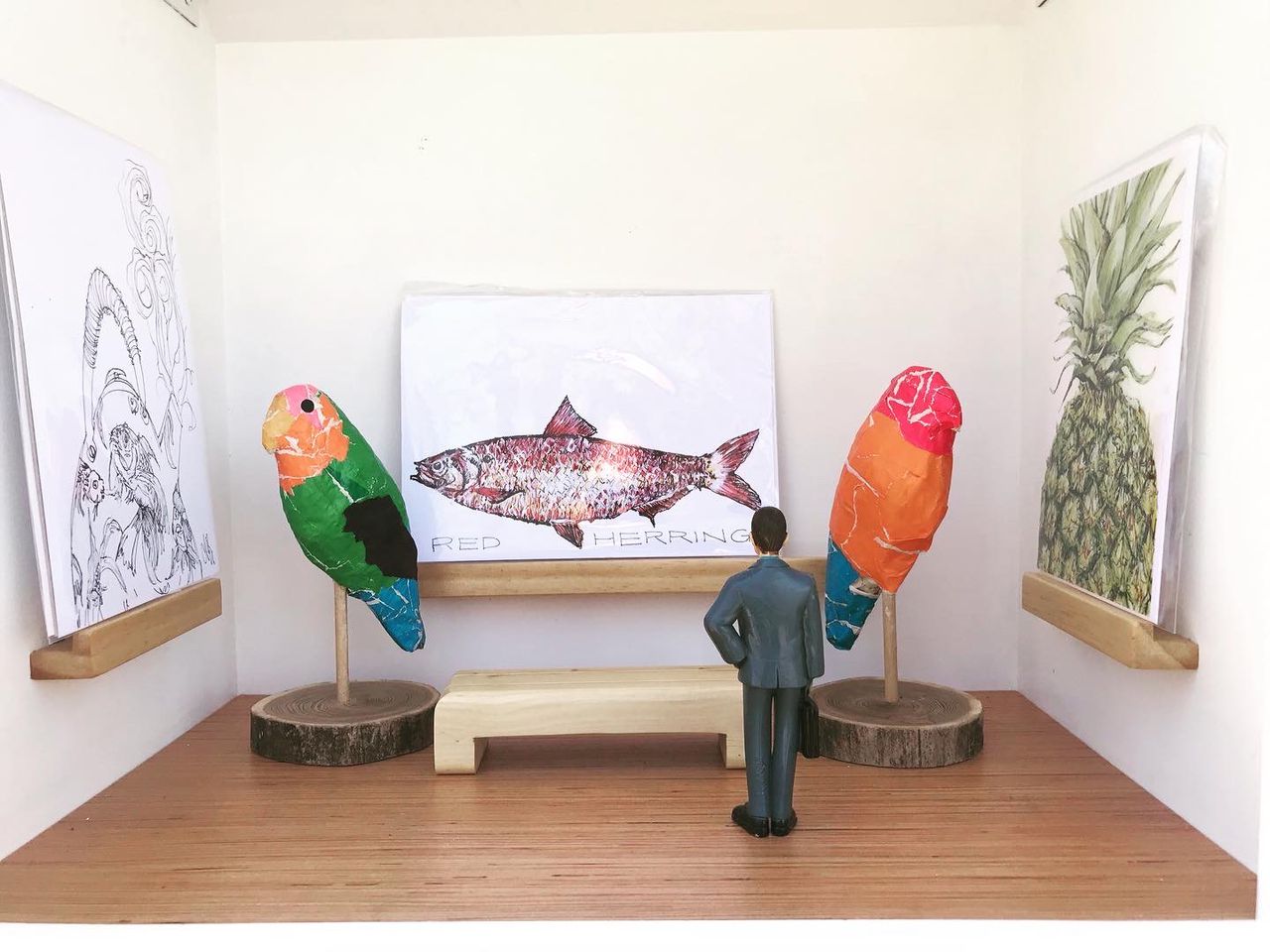 A glimpse of Ann Arbor’s Free Little Art Gallery, where art is free

ANN ARBOR, MI — As thousands flock to downtown Ann Arbor this week for one of the nation’s largest art fairs, a free — albeit smaller — art exhibit is taking place in all the city.

In fact, it’s been happening every day for almost a year and a half now, delighting passers-by on Boulevard Pauline.

Local artist Marie Parmer launched the Ann Arbor Free Little Art Gallery along the sidewalk outside her home across from Fritz Park in March last year and has curated it regularly with a rotating collection of small artworks made by people near and far, from neighbors to artists across the country.

Similar to the take-and-leave-a-book libraries found in neighborhoods in Ann Arbor, the concept of the gallery is simple. Everyone is free to take a piece or leave a piece, or both, and everyone’s works are welcome.

“Anyone can take anything. They don’t have to contribute,” Parmer said.

Parmer occasionally hangs a bucket of flowers outside the gallery and these are also free.

She just asks that people don’t pick up the tiny figures that can be found admiring the artwork inside.

The gallery was inspired by one created in Seattle during the pandemic by artist Stacy Milrany.

Parmer had her husband Curtis build his own using lots of recycled materials, complete with a solar-powered light that illuminates the art inside for a few hours each night.

She also has a Instagram account with nearly 900 followers where she documents the evolution of the collections.

“It decreases in bad weather,” she acknowledged. “There’s kind of an up and down.”

“One was someone took a Polaroid from the gallery itself and put it in there and it’s one of my favorite pieces,” Parmer said.

“There are people who contribute regularly. There were some very nice carvings,” she added, noting that a friend of hers also makes beautiful opal stones by knocking them down and left a few in the gallery. “Those are really cool.”

Parmer, who does abstract paintings, occasionally brings his own art to the gallery.

“After a long career in graphic design, branding and marketing – that sort of thing – I became a full-time painter, so it’s a really good way for me to experiment and play and doing small works,” she said.

Neighbors also come regularly with their children who bring coins, she says.

“Recently a kid sent in a little mermaid that she had sculpted and it was one of the ones that was mailed to me and it was amazing,” she said.

Some sign their artwork and some don’t, so she doesn’t always know who the artist is when a new piece comes up.

“Some people send mail from all over the country,” she said, noting that an artist from Texas regularly contributes. “It’s becoming a national thing, kind of like small free libraries, so the idea is growing. It’s a great way for artists to connect with other people and it’s been a really positive experience.

Parmer, who has a website for own creations and was recently featured at the Westside Art Hop, said she won’t have a booth at the Ann Arbor Art Fair this week, but she thinks maybe two or three years from now.

From lions to landscapes: Meet 3 new artists from the Ann Arbor Art Fair

A piece of Ann Arbor history is gone with the closure of the Westside gas station, residents say