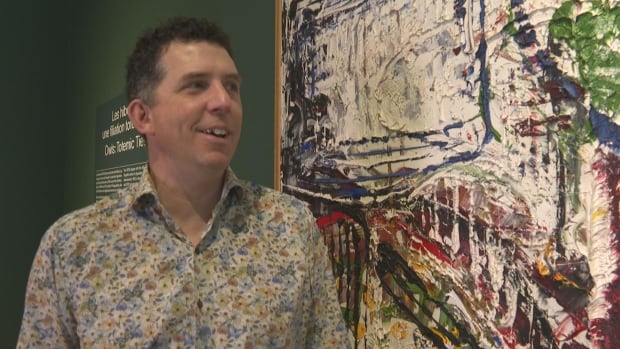 The Beaverbrook Art Gallery in Fredericton estimates it welcomed 1,000 visitors when it officially reopened on Saturday.

“I feel good the gallery is open…it feels like all of our old friends are back and that’s how we’re meant to be,” said John Leroux, director of collections and exhibitions at the gallery.

The gallery was closed for just over two years in order to make improvements to the building and for the addition of new works.

One of the major changes is the facade of the 63-year-old building, which has grown closer to Queen Street with a new entrance.

Leroux said the gallery looks very different now. The walls are brightly painted and there are six new exhibits.

One of them presents works by the famous Quebec painter Jean-Paul Riopelle.

“Having these works here is a real privilege,” said Leroux. “They are of international significance.”

The Beaverbrook Art Gallery is the only eastern Canadian location for the exhibition, borrowed from the Montreal Museum of Fine Arts.

Leroux said some of the works came from Montreal, France, and the Museum of Modern Arts in New York.

“It’s a really big deal,” he said. “The exhibits we have now are wonderful, they are actually amazing.”

Leroux said art is especially important during the pandemic because it provides a sense of hope and a reminder that the world is a beautiful place.

James’ artwork is on display at the Caudwell Children’s charity