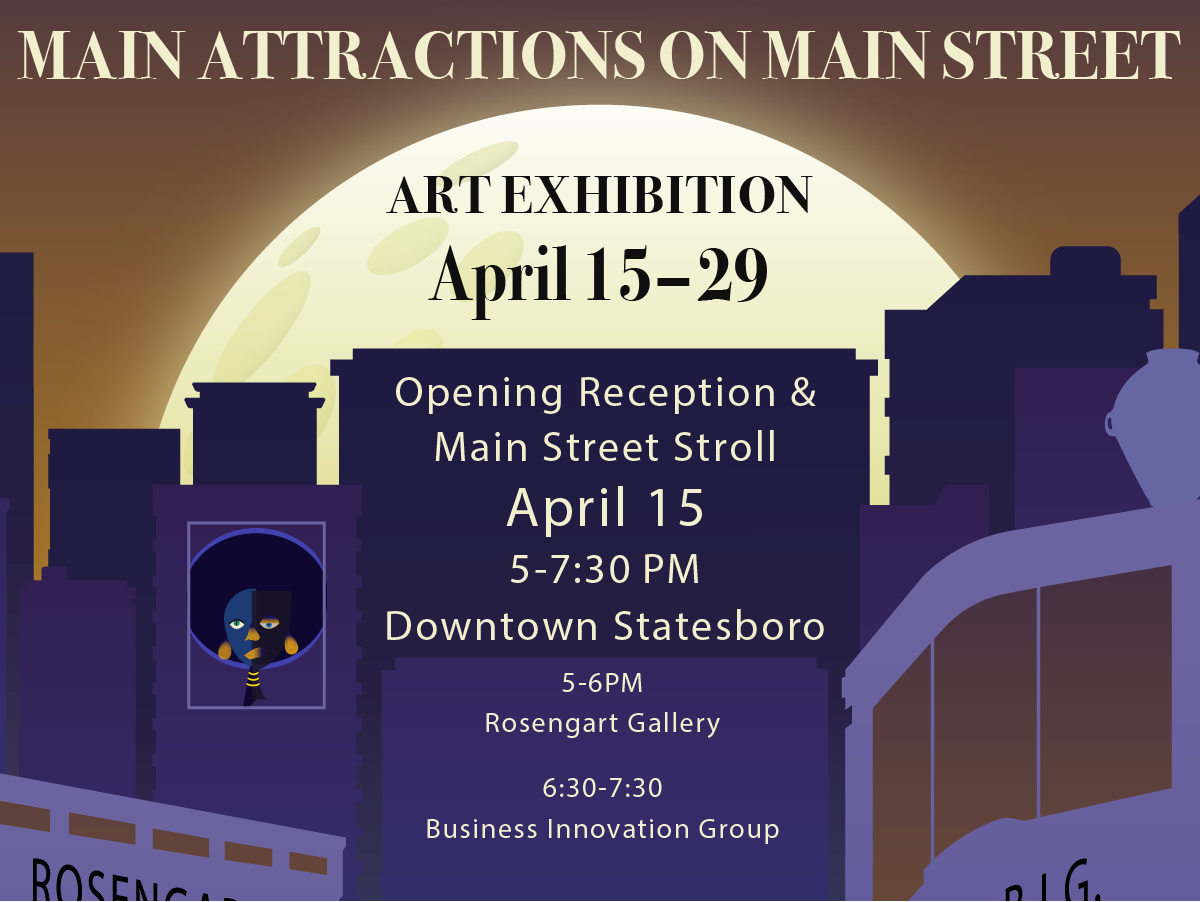 Not so long ago, Maddie Grace Maierhofer was a freshman in high school and was beginning her journey towards her career as a painter. Within just a few years, she would find herself regularly selling her paintings and seeing her pieces in shop windows downtown.

“It’s great to see people want to buy your art,” Maierhofer said. “I still tell people, ‘Oh, I’m going to be an artist,’ but I don’t know if I believe it myself. But it’s happening in front of my eyes, so I guess I have to believe it.

Although she has already had the opportunity to see her work displayed on the streets, she and her colleagues will have an impactful opportunity in the weeks to come.

The exhibit will include an art walk, allowing viewers to explore downtown Statesboro while enjoying the arts. The artists’ works will be split between two different locations on West and East Main Street. The students said that location plays a central role in their art.

“Whether you’re a Statesboro native or a student who moved here for college, Statesboro is part of the roadmap that takes you to the next part of your life,” said Lou McCall, another studio senior. of art. “Having our audience physically travel through Statesboro allows audiences to appreciate the role Statesboro has in their lives.”

For the exhibit, Maierhofer will show off some new muscle she developed at Georgia Southern. After years of selling paintings, she found a way to merge these skills with a new passion for ceramics.

“Ceramics is something close to my heart,” said Maierhofer. “I thought, ‘Maybe I can intertwine the two.’ So, I started playing and some things started working.

The opening reception will be April 15 from 5-7:30 p.m. and the exhibit will be open to the public through April 29 at the Rosengart Gallery on West Main Street in Statesboro. It will feature animation projections, sculptures, 3D works and an assortment of savory foods.

From the reception, visitors can walk to the building that houses the University’s Business Innovation Group on East Main Street. It will include 2D art installations, a beautiful outdoor walkway with music, and will offer an assortment of sweet foods.