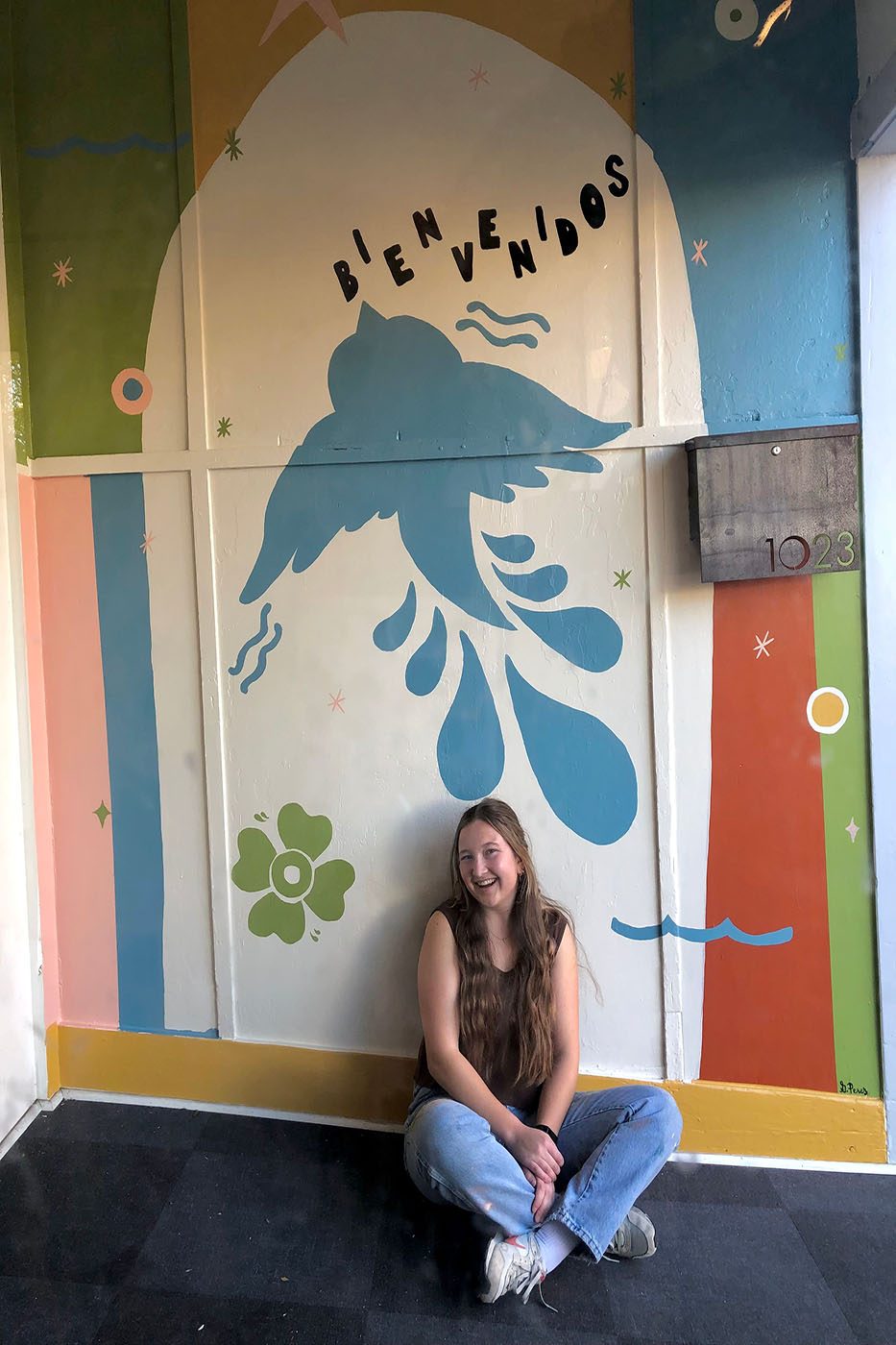 “It’s always been my dream to create a mural,” said sophomore communications student Gabby Perez. After working six hours a day for three days in a row, Perez achieved his dream.

Perez was asked to create a mural in front of Buen Dia, an art gallery in downtown San Luis Obispo, by gallery owner Jonathan Ventura.

Perez was referred to Buen Dia by a friend who knew she had talent in the art and was hired by Ventura in late 2021.

“I have been working with Buen Dia since September. I’ve always wanted to do a mural and when Jonathan asked I eagerly jumped at the chance,” Perez said.

According to Perez, the mural required a lot of preparation and brainstorming.

“We wanted it to be super bright and inviting because the interior has a very cheerful vibe. We wanted the exterior to draw people in,” Perez said.

Perez and Ventura used Adobe Illustrator to digitally craft their mural ideas and get an idea of ​​how to make the most of their space.

“Jonathan is Spanish and I’m Argentinian. My first project with Jonathan was a series of Spanish tiles and the bird was part of that project, so we wanted to incorporate it into the mural,” Perez said.

Perez used different pastel colors to draw a rising bird and wrote “Bienvenidos” at the top. Ventura asked Perez to draw a bird similar to the one she showed him when he was hiring her.

“The little bird says ‘Bienvenidos’ and invites everyone to come inside and check out the artwork,” Ventura said.

Perez has always been interested in art and was inspired by her grandmother, who was also an artist.

“Every time I went to my grandmother’s house, she would pull out a sketchbook and some watercolors and we would paint together,” Perez said.

She then took up calligraphy in sixth grade and she dove deeper into the art early in high school by taking more art classes.

However, this mural was Perez’s first artistic project of this size.

“I’ve never painted anything so big before,” she said. “I was very intimidated at first, but Jonathan was so supportive and supportive that it was an awesome project to take on with him.”

Ventura planned to open his own showroom in Los Angeles in February 2020, but when the coronavirus shutdown happened, he was unable to do so. He then decided to open it in San Luis Obispo and was able to find space on Broad street. Buen Dia has now been open for 13 months.

“I always liked the SLO area and felt good, so I went there and got the space and opened my shop,” Ventura said.

Buen Dia mainly creates prints and sells them for between $10 and $40. Prints are locally inspired with photos of Avila Beach, Morro Bay or Pismo Beach. All prints are printed on eco-friendly cotton paper.

Perez was grateful to be able to have this opportunity.

“I was so honored to be able to do this. It overwhelmed me that he trusted me. This art gallery is his baby and his small business and I arrived so recently so the fact that he made me confidence meant a lot,” Perez said.

The mural was completed on January 28. Perez’s next project is a national park print project that will be completed in the coming months.