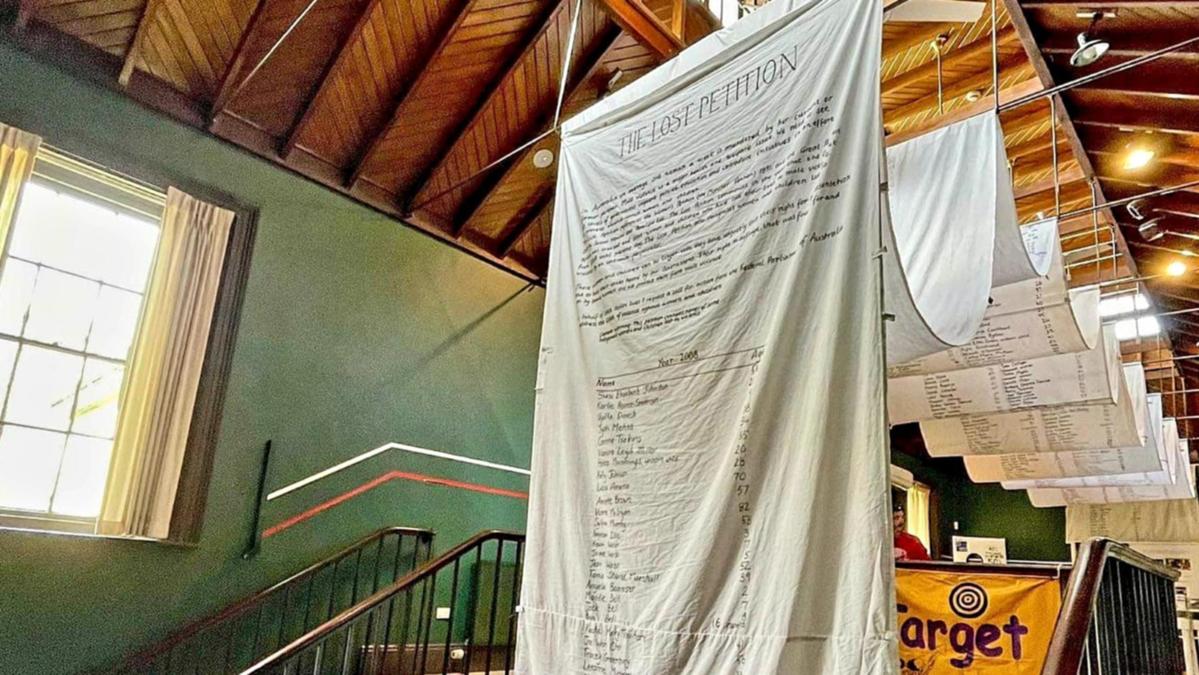 A work of art depicting the names of Australian women and children lost to male violence has been removed from a museum, despite being deemed ‘inappropriate’ and ‘uncomfortable’.

The Lost Petition artwork, listing nearly 1,000 women and children who have died since 2008, hung at Her Place Women’s Museum Australia in East Melbourne for just a week when it was removed on Wednesday.

Femicide researcher Sherele Moody, who collaborated with artist Dans Bain on the work, said the museum had asked to exhibit it.

But when the 30m artwork was hung from the ceiling with the names of the murder victims, it sparked a reaction.

“While Dans was hanging him up, someone came up and said it was really confronting and inappropriate and he shouldn’t be there,” Ms Moody said.

“She just pushed him away.

“But yesterday the museum contacted her and said they were removing her because it was not appropriate to have her next to the Emily’s List exhibit at this time.”

Ms Moody, a News Corp reporter and founder of the Red Heart campaign, which aims to end domestic and family violence, said the decision to take it down was “maddening”.

“Literally what they’re saying, from my point of view, is that the stories of women and children lost to violence don’t deserve to be seen or heard,” she said. .

“These women and children are an inconvenience and inappropriate.

“The killing of women and children is too uncomfortable for them.”

Ms Moody said a museum dedicated to women was the perfect place to display the work, but an organization based on celebrating women had now removed an artwork depicting the biggest social issue facing them.

The families of the victims depicted were also “extremely upset” by its removal, as it was a tribute to their memory and highlighted the impact of domestic violence, she said.

The Her Place museum said organizers of the Emily’s List exhibition had asked the artist to remove the petition from the space, where a new exhibition marking the 25th anniversary of Emily’s List – a network for progressive Labor women in politics – was installed.

“Due to the size and scope of the lost petition, there was no alternate space at Her Place Museum to display the artwork,” the museum said.

Her Place’s board would reinstall the work later that year, in a move agreed by the artist as part of Australian women’s activism’s Her Voice programme.

“The Lost Petition exhibition was at the invitation of Her Place Museum Australia. It is a powerful work of art and that power is reflected in the feedback we have received,” the museum said.

I turned my Ukrainian office into an art gallery. It was a surprisingly good shot.