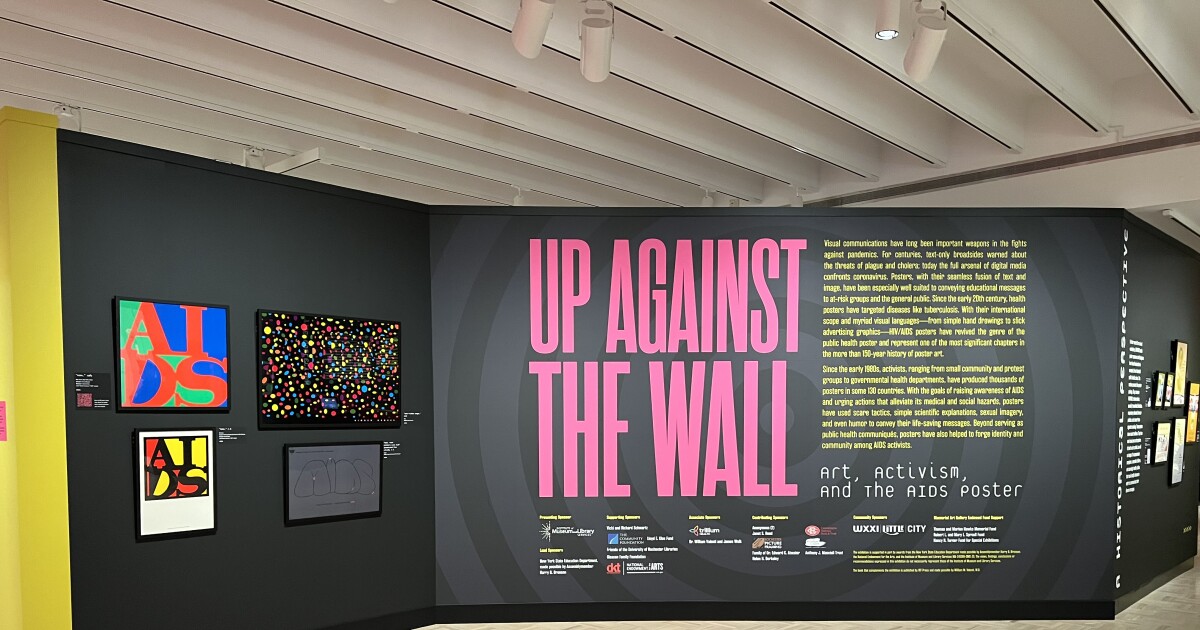 Opening of an exhibition of posters on HIV/AIDS at the Memorial Art Gallery; traces the phases of how the world coped with this outbreak

An exhibition at the Memorial Art Gallery that uses poster imagery to trace HIV/AIDS issues opened on Sunday.

There are around 165 posters in this exhibit, but that’s just a fraction of the more than 8,000 HIV/AIDS-related posters collected by physician and medical historian Dr. Edward Atwater, who died in 2019 at the 93 years old.

Atwater donated his extensive collection to the University of Rochester, and sorting out which ones to put in the exhibit was one of the challenges guest curator Donald Albrecht had to organize. Up Against the Wall: Art, Activism and the AIDS Poster.

On Sunday, Atwater said one of the starting points focused on posters that simply tried to raise awareness about HIV/AIDS, in the early 1980s.

“The desire to simply create posters that got the word AIDS out into the public domain was very significant, because people didn’t even want to use the word,” Albrecht said. “So some of the posters just use the word AIDS to bring it into public conversation.”

Albrecht said other parts of the exhibit show a shift from simply trying to help sort out misinformation about HIV/AIDS, to posters that also try to persuade people to change their attitudes and behaviors. .

“We were hosting the show while COVID was happening. And there’s been a lot of talk about misinformation,” Albrecht said. “And I found that in the early days of AIDS there was a lot of misinformation, unlike other diseases, where people know how it happened, people didn’t know how you got AIDS.”

Among those present at the exhibit’s opening on Sunday was John Carnegie of Rochester, who said he saw a parallel with early efforts to provide information about HIV/AIDS, and more recent efforts to correct errors on COVID-19.

“There’s a lot of misinformation with COVID, and even the exhibit here mentions that posters are essential today to help spread the word about it,” Carnegie said. “But absolutely, I think anyone can come to this exhibit here and really come away with something different. I feel like everyone can learn something from this exhibit.

The exhibition at the Memorial Art Gallery runs until June 19.

‘All Connected’: Local Art Gallery Raises Over $16,000 for Ukrainian Artist and Showcases Artwork the Whole Family Can See

Tears of joy as artwork by talented tenants is displayed