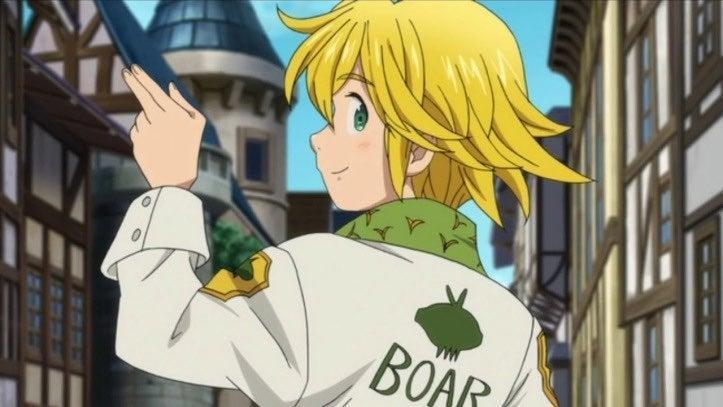 The seven deadly sins ended its main series a while ago, but Netflix isn’t ready to part ways with the series just yet. The shonen hit is aiming for a sequel, and it turns out Meliodas will be rolling out the project shortly. After all, The Seven Deadly Sins: The Edinburgh Grudge has a release window these days, and we’ve been given a fresh look at the two-part sequel.

The update comes straight from Netflix to celebrate Anime Japan, an annual event in Tokyo dedicated to all things otaku. It was there The seven deadly sins has entered the spotlight with new art, and it teases what’s to come in this new movie.

As you can see above, the artwork shows Meliodas on the left, and the soldier looks a bit older here. After all, The Seven Deadly Sins: The Edinburgh Grudge takes place after the main series epilogue. At this point, Meliodas is an adult with his own wife and child. So, though his stature is small, Meliodas is stronger than ever here at his peak.

The two designs next to Meliodas should be easy to tell apart. The boy is none other than Tristan, the son of Meliodas and Elizabeth. The original anime first introduced this character with its finale as a briefly visited epilogue with the boy. Now, The Seven Deadly Sins: The Edinburgh Grudge will focus on Tristan as the lead. After all, the boy inherited his parents’ war powers, and this film will follow Tristan as he travels to Edinburgh Castle to exploit the gifts before they can harm others.

Currently, this two-part project is set to debut in 2022, but no official release date has been shared. As for the main series, you can binge The seven deadly sins on Netflix right now to catch up on this movie’s release in time.

What do you think of this first look at the anime? Will you check The seven deadly sins‘ last entry when debuting? Share your thoughts with us in the comments section below or hit me up on Twitter @MeganPetersCB.