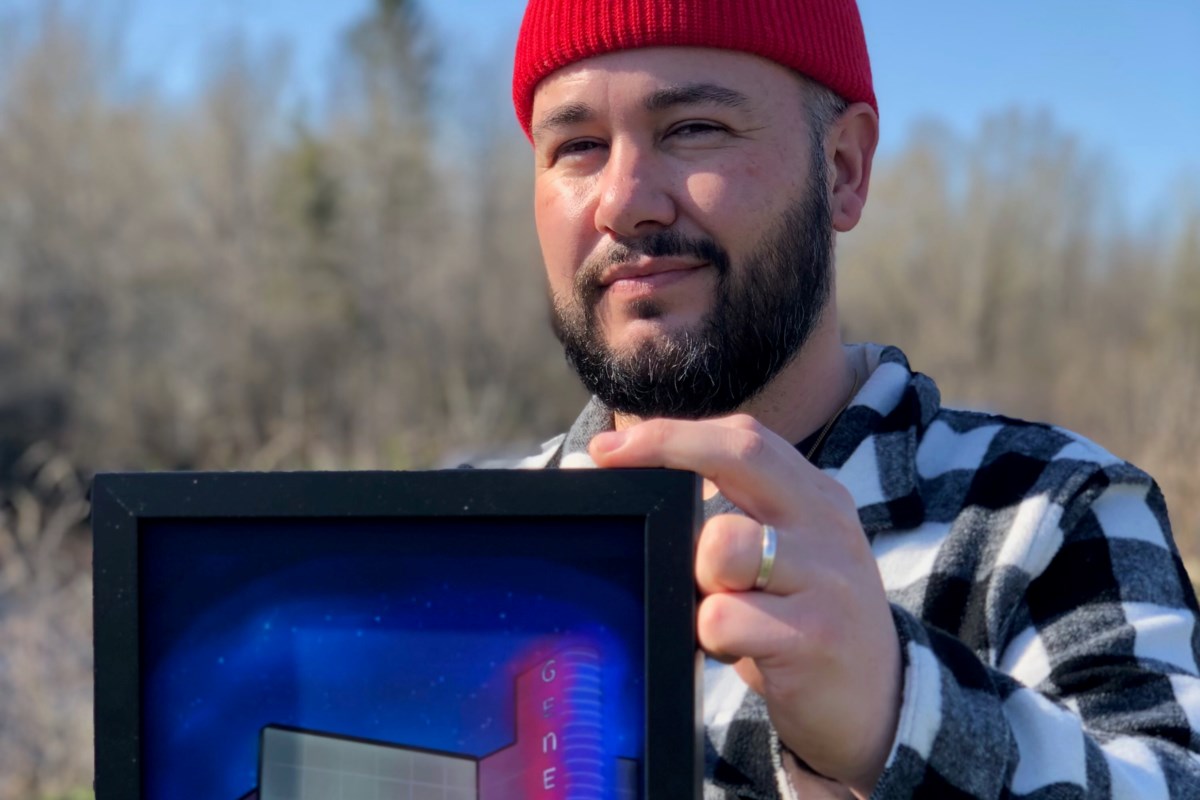 Depictions of local landmarks by Nicholas Keays proved popular; “There is a certain comfort that comes with a place you know”

Nicholas Keays, 42, moved to the Ottawa area three years ago for his job as a police officer. The Park Street Collegiate Institute graduate quickly began to miss his hometown.

“I miss the simple things like going to the grocery store and meeting everyone I know,” he said. “There’s a certain comfort that comes with a place you know, and when it knows you too.”

To stay in touch with her community, Keays has joined some Orillia-themed Facebook pages where members share photos and stories from the city’s history. The Facebook pages gave Keays the idea to start playing around with graphics, but just for fun.

“I wanted to recreate some of the old buildings in Orillia – the less obvious ones like the old community center and the theater in Geneva,” he said.

One of the first landmarks that inspired a Keays creation was the Golden Dragon Restaurant, which had been in business for more than 60 years at 28 Mississaga St. E.

“What’s cool is that I posted it on Facebook and people shared all of their stories in the comments,” he said. “Every day when I open social media there are new stories about people who worked there or people who even gave birth while they were there.”

Keith Lem, whose family has run the Golden Dragon for generations, publicly gave Keays his blessing to share the digital artwork, which replicated the restaurant’s likeness.

“It was nice to have someone from the family to talk about what a beautiful tribute it was,” Keays said. “I thought it was kind of special that Keith was on Facebook commenting and sharing it.”

Hearing the personal stories inspired Keays to create a Etsy shop where people can buy shirts, mugs and prints of their favorite Orillia landmarks.

“I started filling in the odd characters of the Orillians who still live in the area,” he said. “I even sent some to Medicine Hat, Alberta, to someone like me who doesn’t live in town anymore and wants a little nostalgia on their wall.”

The best part of the process for Keays is reading Facebook comments from community members who suggested which landmarks he should plot next. Some of the suggestions included the Ossawippi Express and the Cinema 4 cinema.

“It’s a lot of work and there’s a ton of building to do,” he said. “I can’t wait to keep doing it for fun, to see what people’s reactions are and to hear what they want to see next.”