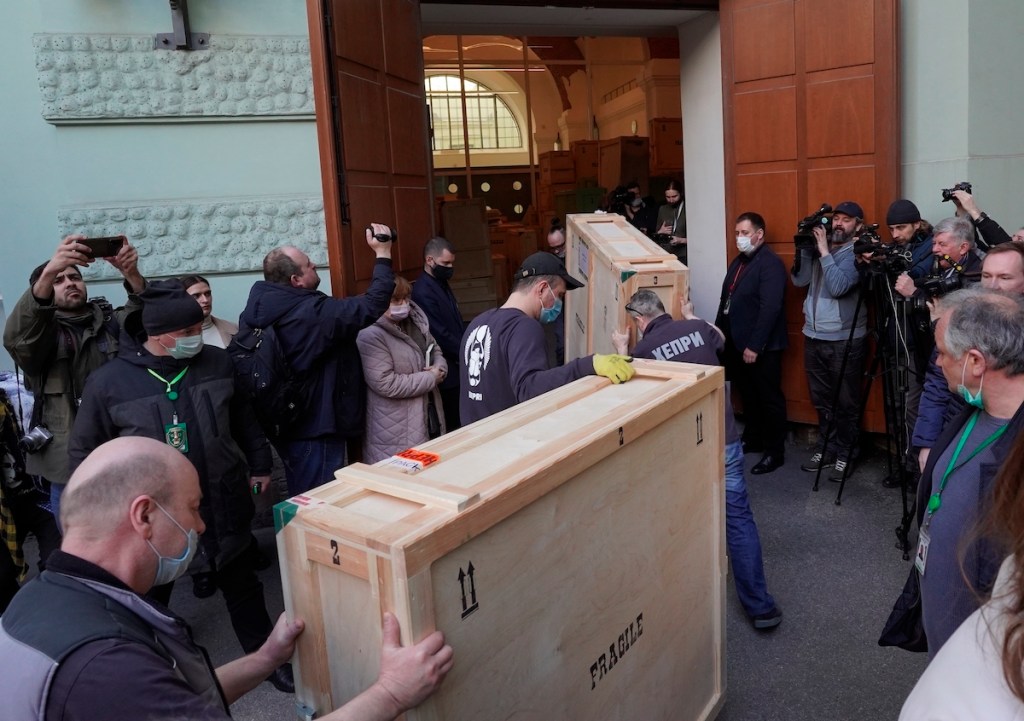 Finland will return three shipments of works of art bound for Russia that had been confiscated by customs officials, the Finnish Foreign Ministry announced on Friday.

The painting and sculptures – collectively worth $46 million – were on their way to Russian museums from Italy and Japan when they were seized at the Vaalimaa border crossing on suspicion of violating sanctions against Russia, according to customs enforcement director Hannu Sinkkonen.

In a statement, the Finnish Foreign Ministry said the European Union had changed its existing rules to exempt certain cultural artefacts from its sanctions list. The legislative changes entered into force on April 9, after which customs officials issued permits for the export of the works of art. The rule change only applies to “cultural goods that are loaned in the context of formal cultural cooperation,” the statement said, without giving further details on the reason for the exemption.

Many confiscated works were loaned by the Russian State Tretyakov Gallery and the National Museum of Oriental Art for exhibitions in two Italian galleries, Scala Square in Milan and the Museum of Modern and Contemporary Art in Udine. Other works of art returned to the Pushkin National Museum of Fine Arts in Moscow from the Chiba City Museum in Tokyo.

Russia has been hit with severe sanctions from the European Union and the United States following its invasion of Ukraine. The Finnish Foreign Ministry said the EU sanctions list included art, which had been categorized as “luxury goods”.

The sanctions have complicated Russia’s efforts to recall its cultural property currently on loan to European institutions amid rapidly deteriorating international relations. In March, the State Hermitage Museum in St. Petersburg, Russia, requested that several large-scale loans be removed early from display in Milan and Rome. Meanwhile, the Spanish, Austrian and French governments have suspended relations with Russian museums and withdrawn their respective loans from a planned exhibit at the Kremlin Museum.

French Culture Minister Roselyne Bachelot said in a statement that the country’s participation in Russian cultural events “could have been exploited as a sign of a divergence between European countries”, according to the newspaper. the World.

The French government agency announced on Saturday that at least two paintings on display at the Fondation Louis Vuitton in Paris in a blockbuster exhibition of works from the collection of Ivan Morozov, a late Russian businessman and art collector avant-garde French, will remain in France.

One photo belongs to Russian oligarch Petr Aven and the other is the property of the Dnipropetrovsk Art Museum in Dnipro, Ukraine, AFP reports. Aven, a financier with known links to Vladimir Putin, is currently the target of sanctions. His painting will not return to Russia “as long as its owner remains subject to an asset freeze,” the ministry said in a statement.

The statement continued that the second painting, by Russian artist Valentin Serov, will not return to Ukraine “until the situation in the country allows its safe return.” He stressed that this decision was “at the request of the Ukrainian authorities”.

The Morozov exhibition closed in April. The bulk of the exhibit – some 200 images – belongs to the collections of the State Tretyakov Gallery, the Pushkin State Museum of Fine Arts and the Hermitage in St. Petersburg.

Transportation of the collection is expected to take place overland, to account for restrictions on air travel between Western Europe and Russia. However, a third painting in the exhibition linked to another sanctioned Russian oligarch, Vyacheslav Kantor, is currently being evaluated by France.

The diversity of NFTs: beyond digital art